This past July 10, 2010, the Lancaster Photography Association and the Lakes and Valleys Art Guild (LPA/LVAG) held a combined Juried Fine Art Photography Show at the LVAG Gallery in Lake Hughes.  There was around fifty works on display, from scenes of cars to flowers, mountains and city scapes. These pictures where all matted and framed.

There was a  reception that began around noon.

First prize was awarded to Helen Henry for her photo, titled “Vanity,” of an antique vanity taken at the Tropico Gold Mine in Rosamond. It was a HDR photo with 5 exposures merged into one. This has the advantage of showing details in the darker parts of the photo as well as detail in the brighter parts. 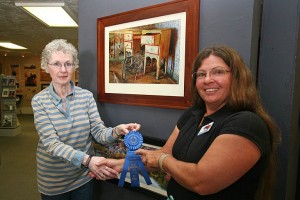 Second prize was also awarded to Helen for her photo, titled “Poppy in Back,” of purple filagre with a soft image of poppy orange as the background. 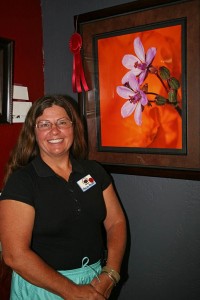 All of the works on display were of high quality and well worth the  trip to see them. 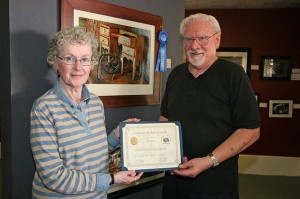 The judging was performed by Joanne Stolte, APSA, EPSA. Lyle Trusty and Helen Henry where Co Chairs of the event.

Thanks to Paul Craft for the use of his photos in this article.

This entry was posted in Uncategorized. Bookmark the permalink.